Now accepting new students for our spring 2021 classes. Don't delay call today. We are offering several days and times for the beginning student. Why Music is Beneficial to Society

Every nation, every culture has its own music.

Have you ever wondered why music is so important to us as humans?

And why it's beneficial to societies around the world?

Let’s take a look at the societal benefits of music  and why it is important in people’s lives.

Music As a Form of Entertainment

Each society has its own concept of entertainment but there’s one common denominator:

Whether you go to a music festival, or watch a TV show like America’s Got Talent or something similar, you will always hear music playing.

Music is all around us!

It may be instrumentalists playing or a loud radio blasting music or a live band performance, but whatever it is, the music being played entertains the eager crowd.

There’s no psychoanalyzing going on, no criticizing or anything like that each time the music plays. It’s purely for the sake of entertainment and nothing else at that point. Sometimes there are no words to describe how you feel about your day, your thoughts, your circumstances.

So when words are not enough or words can’t do the talking, music can help you.

This is why some songs stand out more to people than others. People will feel a sense of connection with the thoughts and emotions expressed in the song because somehow, it speaks to them.

There are songs that express messages of hope, songs that send out desires to create changes, and some songs that are intended to inspire and uplift.

It’s amazing how songs can do all of these in an artistic and poetic way.

Instead of saying directly how you feel, you can use music to deliver that message. And it’s impressive that you can be creative with it while at the same time communicating your message effectively in a song. Music Calms and Relaxes The Mind

You know how it is…

When you listen to peaceful, soothing music, don’t you just feel so relaxed and calm?

But when loud and obnoxious music is playing in your radio, the effect is just the opposite, right?

It’s not just coincidental but there’s actually science behind this fact.

Trends in Cognitive Sciences published a study conducted by Professor Daniel J. Levitin from McGill University on the effect of music in eliminating stress. In his study, researchers have discovered that music reduced the production of cortisol in the body, a stress hormone. This is why when you listen to soothing music, it really has a physiological and psychological effect on your body, mind, and spirit.

Nursery rhymes, folk songs, children’s songs… These all tell a story, in a musical way.

This makes one society unique from another. The story they tell is different from the rest and so is the music that comes with it.

There’s the lullabye music that tells a story of a mother rocking her baby to sleep, or the folk song by Bob Dylan “Blowin’ in the Wind” that expresses the yearning for peace and the end of war.

Then there are stories told in music from other cultures dating back from Ancient Greece, India, China, and other older civilizations throughout history.

Music is a form of storytelling with its roots from thousands of years ago! Music is A Gift to the Society!

Music indeed has so many functions and benefits to the society, making it an important part of every individual’s life.

Share music in your home, in school, in the community, and allow its healing, energizing, and creativity-enhancing capabilities enhance every aspect of your life today! 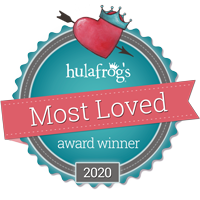 Dive straight into the feedback!Login below and you can start commenting using your own user instantly

Get 3 Fun and Free

​To Do With Your Child This Week!